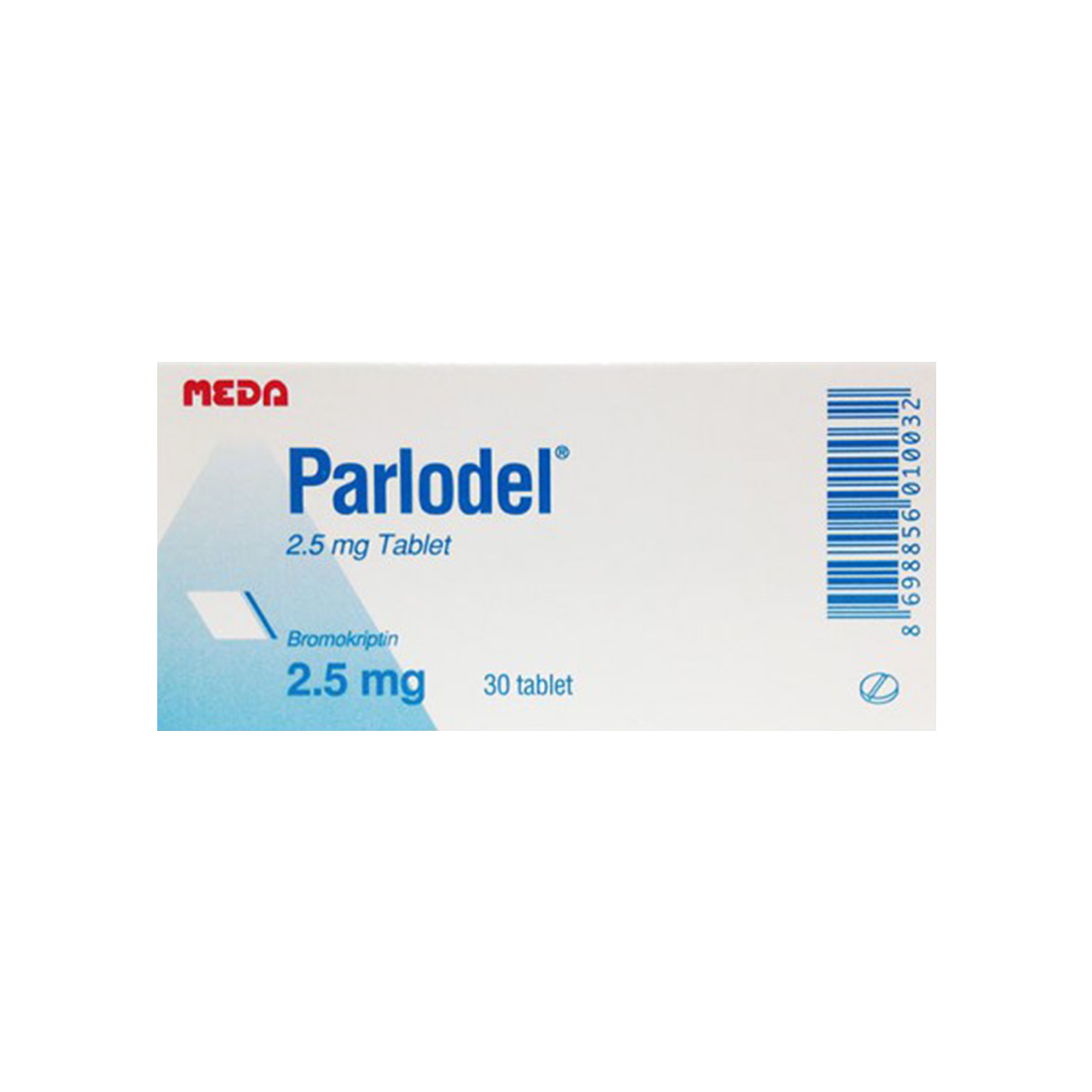 Bromocriptine (also known as Parlodel) is an antiaging supplement designed to increase dopamine, which is essential for brain activity. It has also been shown to improve glucose tolerance and improve insulin resistance, making it useful for the treatment of Type-II diabetes.

Plus, there has been some research into Bromocriptine and weight gain as it is believed to help regulate metabolism.

Bromocriptine, also known as Parlodel, protects the brain from dementia and similar conditions by helping increase and maintain dopamine levels.

The chemical dopamine is crucial to our brain function. As we age, dopamine levels drop. This can trigger various cognitive illnesses, such as Alzheimer’s disease, which can be directly linked to the ageing process.

Uses have extended beyond this life-enhancing treatment, however. Bromocriptine diabetes tests have shown that symptoms can be alleviated with regular treatment of the drug. Links have also been made between Bromocriptine and sleep disturbances, several types of which have been modulated in clinical trials by administering Bromocriptine.

The recommended dosage of Mylan Bromocriptine may vary depending on the condition it’s being used to treat, and side effects can include nausea, dizziness, or hypotension. If any of these occur, simply lower the dose of Bromocriptine and consult a physician.

Bromocriptine (also known as Parlodel) is an antiaging supplement designed to increase dopamine, which is essential for brain activity. It has also been shown to improve glucose tolerance and improve insulin resistance, making it useful for the treatment of Type-II diabetes. Plus, there has been some research in to Bromocriptine and weight gain as it is believed to help regulate metabolism.

Bromocriptine is a semi-synthetic derivative of the ergo group, which is known to increase dopamine levels in the brain. It is used to delay age-related mental decline, but it also useful for people with Type-II diabetes as it can improve glucose tolerance and improve insulin resistance. Studies on animals have also suggested the potential for Bromocriptine and weight gain control due to its ability to affect the central nervous system.

Bromocriptine can be used to treat various age-related conditions. It can increase dopamine, improve glucose tolerance, and it is commonly used to treat disorders arising from excessively high blood levels of the hormone prolactin.

Prolactin is one of the few hormones that actively increases as we age. It is produced by the pituitary gland, and is often referred to as a fat synthesis hormone, as it triggers lactation and weight gain in pregnancy.

Bromocriptine Prolactin has been used to help restore ovulation in women and it can both increase Growth Hormone (GH) levels in people with normal concentrations, as well as suppress GH secretion in those suffering from excessive GH production in their bodies.

How does Bromocriptine Prolactin work?

Dopamine is a key neurotransmitter in the brain that declines as we get older. Dopamine levels in the average healthy person are estimated to decline by approximately 13% per decade over the age of 40.

Abnormally low levels of dopamine are associated with mental degenerative conditions such as Parkinson’s disease. Some neurologists warn that if we continue to increase life expectancy as we are currently doing, we will all be senile! Enhancing and protecting dopamine-producing neurons has, therefore, become a key focus of anti-ageing researchers.

Bromocriptine Prolactin works by stimulating dopamine receptors in the brain. It also slows down the production of prolactin, which is a hormone released from the anterior pituitary gland. Prolactin is one of the few hormones that increase as we get older, and high prolactin levels are associated with mental degenerative conditions.

Prolactin is also connected to abnormal breast milk production, and suppression of the sexual glands, which can result in infertility. Scientists also believe that prolactin plays a significant part in suppressing the immune system.

What is Bromocriptine useful for?

Bromocriptine is primarily used to treat mental degenerative conditions, such as Parkinson’s, but it is also a powerful preventative medicine for people wishing to delay age-related mental decline.

Bromocriptine has been indicated in the treatment of Type II diabetes, due to its ability to suppress lipogenesis and improve glucose tolerance and insulin resistance. It has also been proven to alter the CNS (central nervous system) regulating metabolism, and so can be used to prevent weight gain.

Clinical studies on rats have also suggested that Bromocriptine is a potent free radical quencher. In the studies, rats were given a component of tobacco called DMBA to a level that was likely to induce breast cancer. However, rats that had been pre-treated with Bromocriptine avoided contracting cancer. Bromocriptine and breast cancer prevention have, therefore, also been linked.

Bromocriptine dosages and side effects

Bromocriptine is a very potent supplement that should not be used by pregnant or lactating women, unless under the guidance of a doctor. Side effects may include nausea, dizziness, lowering of the blood pressure, hypotension and confusion. Dosages should not exceed 1.25mg or 2.5mg daily for most people.

Bromocriptine is used to treat many different conditions, but it is particularly recommended for anyone seeking to delay age-related mental decline. It is a powerful antiaging medicine that works hard to rejuvenate your body and brain.

My reason for taking bromocriptine was because of its action as a free radical scavenger, I found that it had an additional beneficial effect. I have had tinnitus for many years. I found to my surprise and delight that bromocriptine stopped the ringing. I did a literature search for bromocriptine and tinnitus – coming up with an interesting article that suggests dopaminergic pathways are related to tinnitus. See Medical Hypotheses, 2005,65, 349.

Bromocriptine is also a vasodilator, and we were wondering if you had ever tried that approach before, i.e. something like vinpocetine- without avail? But it is most interesting to learn that in this case bromocriptine could have been responsible for alleviating your tinnitus. We appreciate you letting us know.

Bromocriptine is a very potent substance and it must not be used by pregnant or lactating women, unless under the guidance of a physician. Bromocriptine does contraindicate with psychoactive and hypotensive drugs and other Dopamine enhancing drugs, such as Cabergoline, Deprenyl and Sinemet ® CR. Although often dependant on the dosages used, these should only be administered concurrently under a physician’s guidance. Its effects can also be exaggerated when combined with other ergots, including Hydergine and Nicergoline.