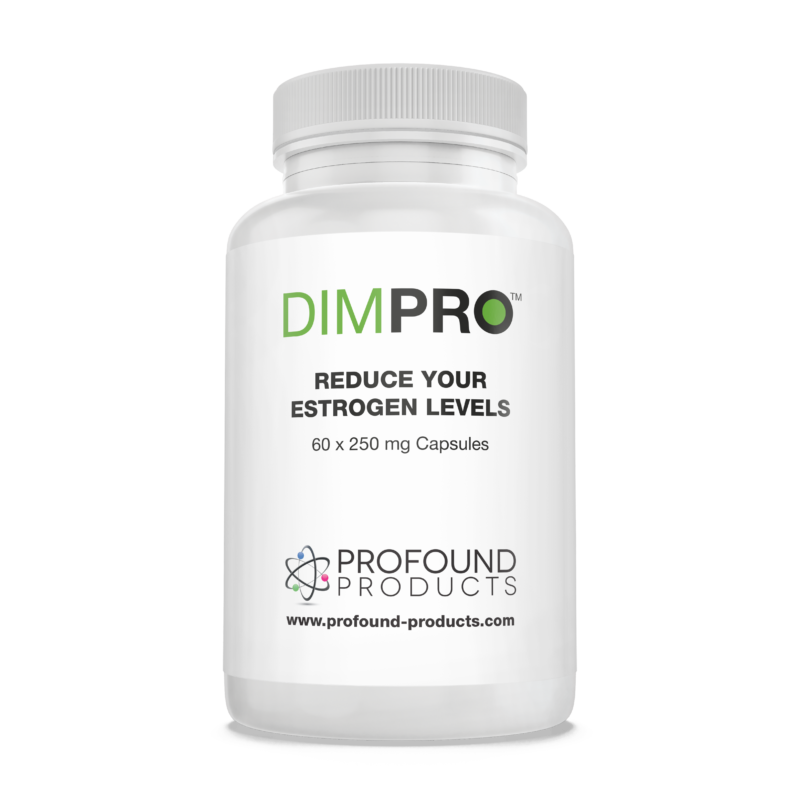 DIMPro counteracts the rising tide of estrogen -creating greater balance and harmony with DIMPro. DIMPro  protects against a modern phenomenon: increasing levels of estrogen in the world, leaking into the food chain from the likes of contraceptives, plastics, pesticides and today’s manufacturing processes.

While DIMPro does not act as an estrogen blocker (such as Arimidex and Femara), nor in the same way as test booster (short for testosterone boosters), DIMPro  effectively restores the body’s equilibrium as a powerful estrogen detoxifier.

To discover the answers, and learn why DIMPro  has risen to prominence, we need to look at how increasing estrogen levels in the environment can affect our bodies. Higher estrogen levels, which DIMPro seeks to redress, can impact on both men and women alike. In addition to reducing sperm counts in males, increased exposure to estrogen heightens the risk of cancer across genders (cervical and prostate cancer in particular).

The DIMPro  journey also helps to expose a few common misconceptions – chiefly that estrogen is a sex hormone only found in women. Although estrogen is fundamental to the female reproductive system and feminine characteristics, it also plays a part in the male physiology. In fact, a 59 year old man can actually have more estrogen in his body than a 54 year old woman. One type of estrogen, known as estradiol, even acts as an age-increasing ‘bio maker’ in males.

With this in mind, it’s clear that DIMPro  and DIM capsules can help restore estrogen equilibrium in both sexes.

How can DIMPro  estrogen help?

DIMPro  features an advanced formula that balances the estrogens in our bodies. It increases the ‘good estrogens’, while decreasing the ‘bad’ carcinogenic estrogens.

DIMPro  contains the molecule compounds indole-3-carbinol – or I3C – and Di-indolylmethane, which is often shortened to DIM (hence the name DIM Pro !). DIM and I3C are found in the Brassica family of vegetables, which include cabbages, broccoli and brussels sprouts. They act as key preventative supplements against the rise of estrogen in the environment. This is particularly true for DIM, which is ten times more potent than I3C.

Each capsule of DIM Pro contains 100mg of DIM. DIM further wins out over I3C, as I3C needs to be ‘activated’ by our digestive tract, while DIM does not and is much more stable. In fact, I3C degrades on exposure to the elements and high temperatures.

The power of DIM and 13C working together stimulates more efficient estrogen metabolism, aiding its excretion from the body.

Does DIM Pro hold up to scrutiny?

The use of DIM capsules to guard against and even help with the treatment of cancer have been boosted by clinical trials involving I3C -not taking into account the potent addition of DIM. Trials found that stage 2 and stage 3 cervical cancers were remised by 50 per cent within a 12 week period amongst half the subjects.

A study looking at a natural source of DIM / IC3 -Brassica vegetables -concluded that eating three portions of these vegetables a day could cut the risk of prostate cancer by 48 per cent.

What is the DIM Pro dosage?

DIM Pro  is typically taken in the ratio of 1mg per KG of bodyweight. For cancer treatment, dosages as high as 8mg per KG have been reported.

The powerful DIM Pro 2 combination of I3C and DIM help us to re-adjust to modern day estrogen exposure. With DIM capsules, we have a simple and effective way to redress the balance, and protect against estrogen related health conditions and diseases.