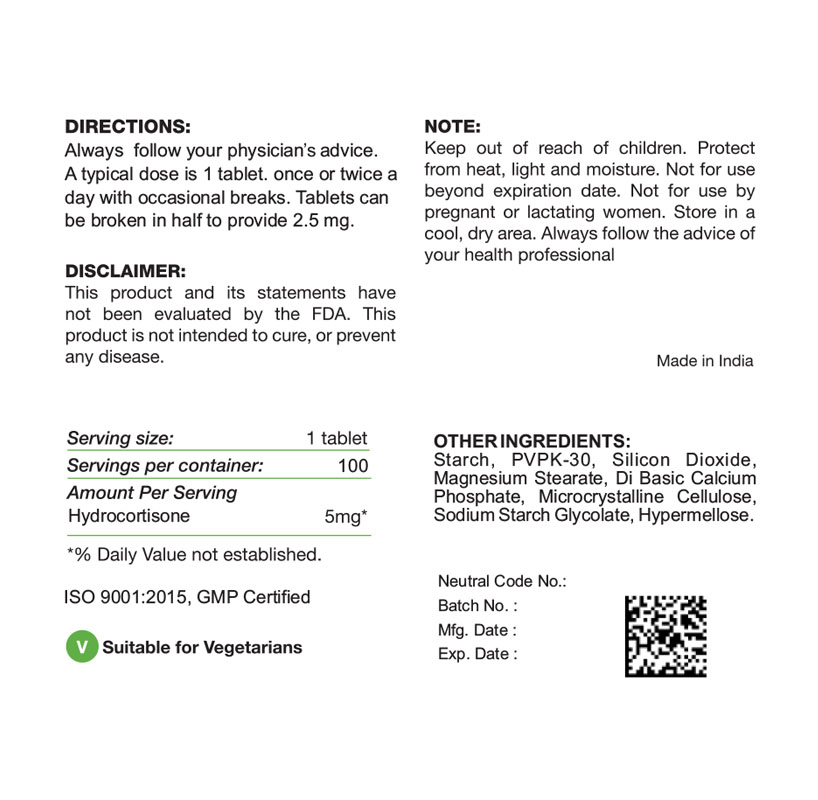 More energy and an improved metabolism speed are just two of the key benefits of a Hydrocort-Pro supplement.

Within our body, cortisol is also essential for regulating the immune system, our blood-sugar level, blood pressure and various heart processes.

Hydrocort-Pro™ – The positives of adrenaline enhancement

More energy and an improved metabolism speed are just two of the key benefits of a Hydrocort-Pro™ supplement.

Hydrocort-Pro™ contains hydrocortisone, also known as cortisol. Alongside adrenaline, levels of this important hormone elevate when we feel under pressure. By harnessing this vital aspect of our body’s response, we open up a range of benefits.

Cortisol has a stress-busting ability. The ‘fight or flight’ response that’s orchestrated from the adrenal glands in times of stress or danger comes with negative effects like inflammation. Cortisol turns this inflammation response down but doesn’t impact the increased energy and boost to metabolism speed that accompanies a cortisol release.

You’ve probably heard of hydrocortisone cream for use on eczema and chronic rashes, specifically for its anti-inflammatory quality, but within our body, cortisol is also essential for regulating the immune system, our blood-sugar level, blood pressure and various heart processes.

In times of low energy or fatigue, or for a boost to normal energy levels and metabolism, a Hydro Pro supplement provides the upside of an adrenal release in a handy daily tablet form. What do our adrenal glands do?

In times of high stress, adrenaline (also known as epinephrine) is released among other hormones to induce the ‘fight or flight’ response. This is of course a mechanism that has kept humans alive since the beginning of time -answering threats to our well-being by making the metabolism faster, our blood to pump quicker; heightening reaction speed and muscle reflex.

When adrenaline is produced, the pituitary gland generates larger than normal quantities of a substance known as ACTH (adrenocorticotrophic hormone). This tells the adrenal cortex to make cortisol; the energising part of the adrenaline trigger.

If we’re constantly stressed, miss out on sleep, consume too much caffeine, sugar, alcohol, fizzy drinks, or even overeat carb-heavy foods like breads, pastas and cereals; then these contribute to diminished natural levels of cortisol.

Hydrocort-Pro™ answers a potential cortisol deficit that can be brought on through any of the above factors or a specific cortisol-related medical condition.

The role of cortisol and glucocorticoids

Hydrocort-Pro™ is named after its key ingredient -hydrocortisone. These types of hormones are known as glucocorticoids.

The roles of glucocorticoids and in particular, hydrocortisone are many and varied. What’s particular to cortisol is that it helps regulate the inflammatory response by turning it down -by blocking eicosanoids; the signallers that tell the immune system to propagate inflammation. Cortisol is also involved in metabolism -specifically, glucose. It’s instrumental in how our bodies use, store and regulate this vital energy source. It also affects the way our body breaks down fat and research has shown that to a small extent, it’s even involved with the way our memories form.

There are specific conditions that hydrocortisone is consistently used for -particularly for adrenal function deficiency, to helping people with an underactive pituitary gland. It’s even used in some cancer treatments as it interferes with infected cells’ regenerative capabilities. As with all medicines, it’s always necessary to consult your doctor before beginning a course of treatment.

If we look closely at the effects of chronic inflammation and how it’s a contributory factor to a very wide range of serious diseases and conditions, taking steps to suppress this response should be a consideration. However, as cortisol can help this process and reduce the negative effects of allergies and overactive immune response like asthma, care should be taken to see which conditions are unsuitable to mix with a hydrocortisone treatment.

Hydrocort-Pro™ is an effective way to get more energy, speed metabolism and get the benefit of our fight or flight reflex without having to do either.

Disclaimer: Please note that only your own physician can determine your precise needs, but in order to give you some information these answers are based upon the ‘average person’ and clinical/ published results.

What form of cortisol is in Hydro-Pro?

It is hydrocortisone acetate