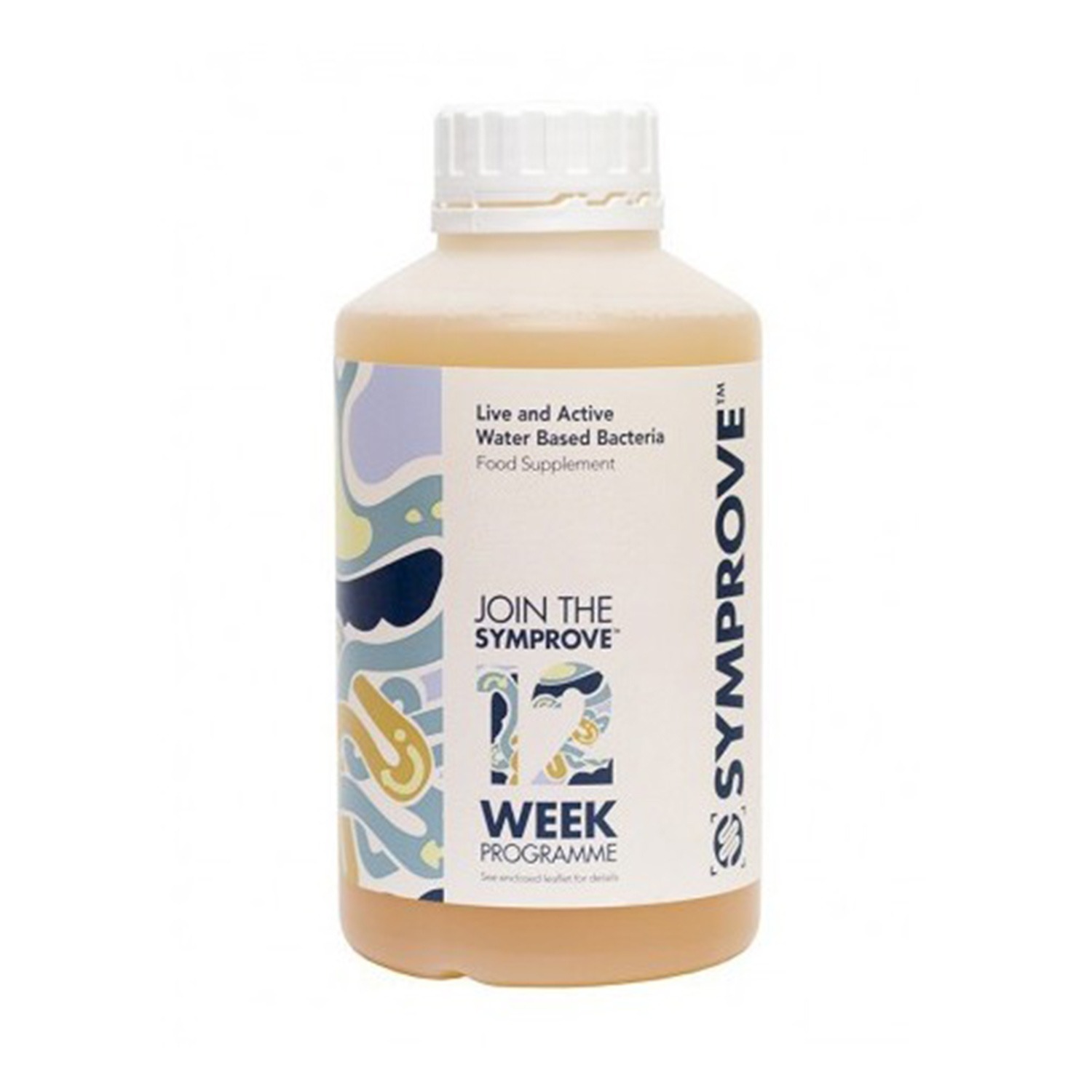 Symprove: the probiotic for a happy and healthy gut

Please note that owing to the weight of Symprove® a surcharge of $10 per carton may be applied to your order in some regions -(please note, there is NO surcharge for the USA, Canada or UK). For more details regarding this charge please contact our customer care team on ias@antiaging-systems.com

Are you one of the many people who live with constant but yet undiagnosed stomach pain or discomfort? You’re not alone. In fact, in a recent study, more than 75% of American students, and 50% of adults, all of whom had no other health issues, admitted to suffering from some form of abdominal pain. You’ve probably tried everything from yogurt to peppermint oil to soothe your symptoms but to no avail. Don’t despair. Symprove can help.

Irritable bowel syndrome, or IBS, is what’s known as “functional” gastrointestinal disorder. That means it can’t easily be diagnosed through normal structural and biochemical tests. This is an immense problem for medical practitioners and sufferers alike, as without a confirmed cause and only diagnosis through symptom expression, there can be no standard treatment or even management plan.

This is an even bigger problem when considered alongside IBS’s prevalence: in America alone, it has a diagnosis rate of up to 15%. Each year IBS is responsible for between 2.4 and 3.5 million trips to the doctor’s, up to 12% of visits to primary care givers, and nearly $21 billion in absenteeism and lost productivity.

IBS most commonly manifests as generalised abdominal pain and discomfort, diarrhea or constipation, and other changes in bowel habits. While it is important to note that IBS is a condition that differs from patient to patient and few cases are identical, other common symptoms or potentially connected conditions include:

How do probiotics help IBS sufferers?

Through research is still continuing, there is a great deal of evidence to indicate that probiotics can be highly effective in the treatment of IBS. Probiotics help by:

Essentially, probiotics help to ensure your digestive system is functioning as normally and as healthily as possible by promoting positive bacterial cultures and reducing the numbers of harmful ones. Given IBS diagnosis generally consists of abnormal digestive function, it’s not hard to understand how an effective probiotic supplement might help.

Why is Symprove the probiotic to try?

An enormous number of probiotic supplements are available on the market, but it’s important to note that all are made equal.

In fact, a recent study headed by Dr. Simon Gaisford from the School of Pharmacy at University College London recently undertook a study to examine the effectiveness of eight commercially available probiotic supplements.

Using a range of analysis techniques, including an experiment using pig digestive fluid to mirror a human stomach, Dr. Gaisford tested each supplement on three criteria:

Of the eight products included in the trial, only Symprove passed all three trials, delivering 100% of advertised bacteria, surviving the 120 minute journey through the stomach, and producing strong culture growth within 10 hours.

Research out of King’s College Hospital in London has positive news for sufferers of IBS. A recently published a paper on the application of Symprove as a potential treatment has reported that it was effective in reducing all symptoms of IBS, particularly pain and discomfort.

The study involved 186 patients with either moderate or severe IBS that had failed to respond to conventional treatments, half of whom were given a daily dose of Symprove and half of whom were given a placebo. All who received Symprove, regardless of their specific symptoms, found they improved with the probiotic. While only a small trial, this is tremendous news for researchers and sufferers alike, and further proof of Symprove’s effectiveness.

Symprove’s success is due to its particularly potent delivery system. While most traditional probiotics tend to come in tablets and capsules or as a dairy drink or yoghurt, this is by no means the most effective way to ingest them.

Tablets and capsules contain freeze-dried bacteria that must be rehydrated before they can flourish. Unfortunately, many cultures fail to reactivate, meaning few viable bacteria ever actually reach the gut. Similarly, in dairy formulations, the proteins and fats in the milk trigger digestion, also meaning that fewer viable bacteria reach where they’re needed most.

Symprove is a water-based barley solution containing multiple strains of live bacterial cultures. Because it’s water-based, it won’t trigger digestion, and because the strains are live, there’s no danger of them failing to reactivate once they reach your gut. This is why Symprove was the only probiotic to pass all of Dr. Gaisford’s tests.

If you suffer from IBS, or maybe simply feel like your gut could use a little help, Symprove is the probiotic supplement for you. It’s scientifically developed, clinically proven, totally organic, and designed to deliver beneficial bacteria to where you need them most. Try Symprove today and discover a real digestive difference.

Each pack of Symprove contains 4x 500ml bottles, each one good for a week. It is recommended that a minimum of 4 weeks is used, but if you are suffering from IBS use at least a 12 week course.

Note, since Symprove is a live probiotic it has a shelf life of approximately 3 months (although this can be extended to 5 months if kept in a fridge).