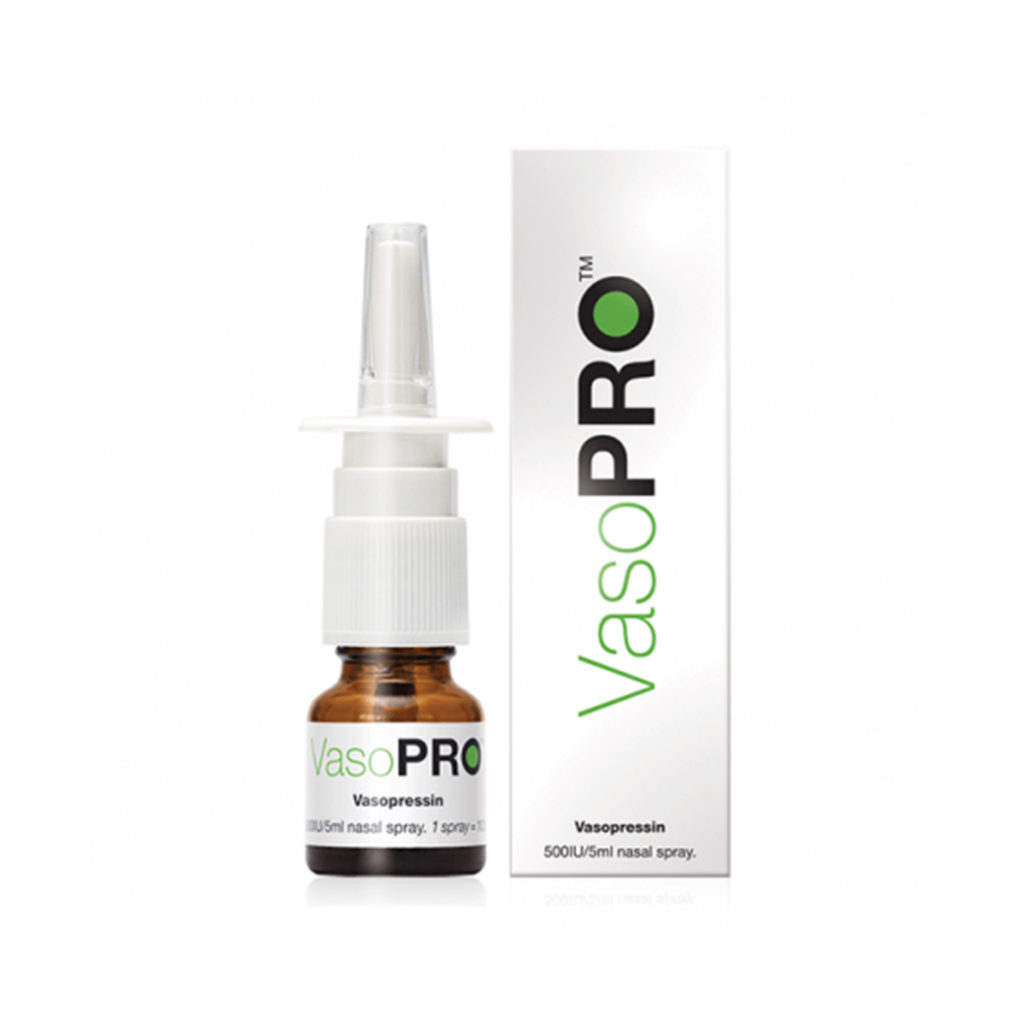 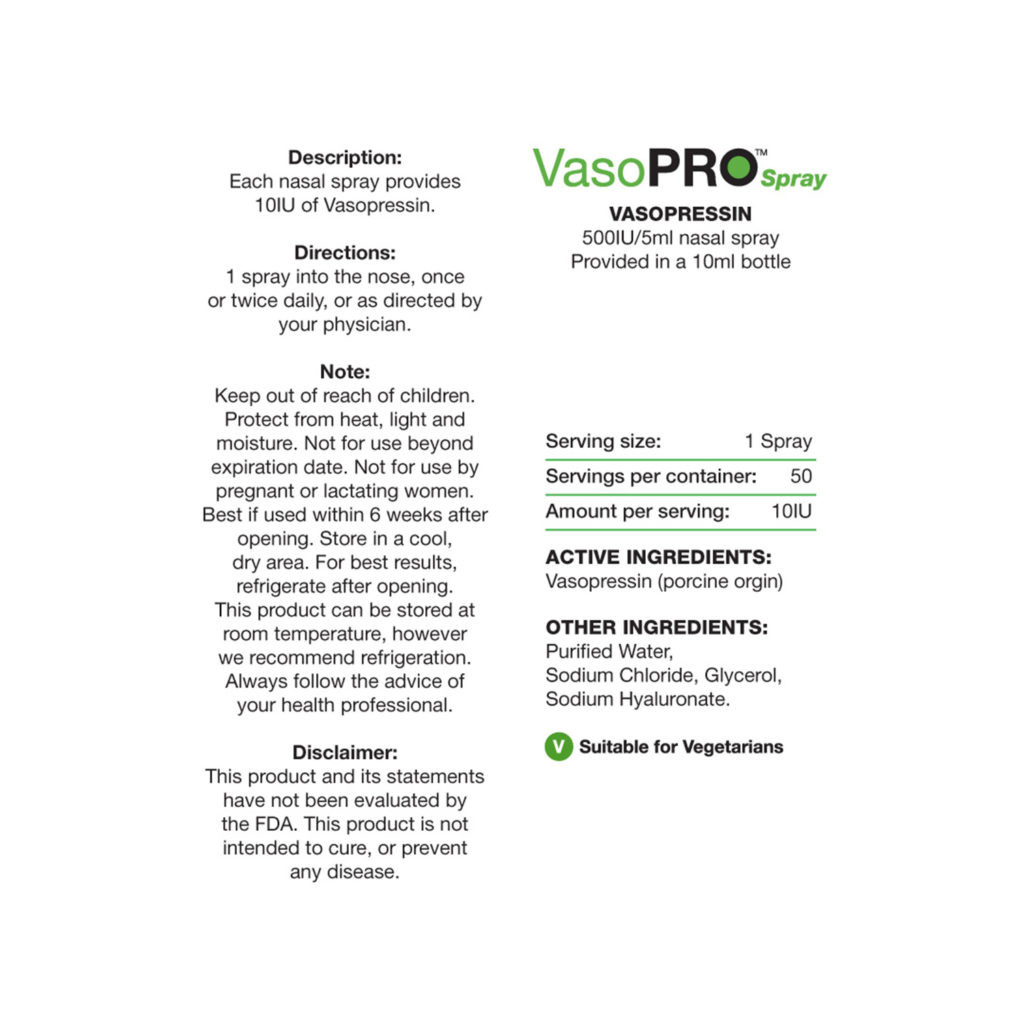 The ability to form and retain short and long-term memories, recall facts and articulate thoughts quickly can be honed with the smart drug vasopressin.

Acting on the hypothalamus the part of our brain thats responsible for imprinting information vasopressin nasal spray gives us the power to keep up with the mental demands of life.

The ability to form and retain short and long-term memories, recall facts and articulate thoughts quickly can be honed with the smart drug vasopressin.

Acting on the hypothalamus -the part of our brain that’s responsible for ‘imprinting’ information -vasopressin nasal spray gives us the necessary power to keep up with the mental demands of life. Whether we need to remember facts and figures when studying or at work, or names, faces and events when socialising, the action of this vasopressin supplement is to provide more of the useful peptide hormone that’s involved in forming and retaining memories.

A timely spray of vasopressin can also charge our attention span, providing a grip on important details brought up in long conversations or when reading for extended amounts of time. This means we can stay focussed and ignore distractions -leaving lasting memories that can be recalled precisely when required.

Topping up a natural ‘smart’ chemical

Vasopressin is produced naturally by our pituitary gland -a pea-sized structure at the base of the brain. It’s known to help control the water balance in the body, by acting as an anti-diuretic hormone (or ADH), triggering a reaction in the body that conserves water and inhibits urine production. This is the reason why it’s sometimes prescribed to children who have a tendency to wet the bed or by those with a prostate condition -minimising the need to urinate at night. What’s also been discovered is that supplemental vasopressin has an ability to enhance mental clarity -especially where memory formation is concerned.

As vasopressin is organically released into the brain from the base of the pituitary gland, a direct effect is felt by another part of the brain called the hippocampus. This is the place in the brain where new information is turned into memory and transferred to short-term and long-term mental ‘filing’ systems.

Supplemental vasopressin has the capacity to enhance cognitive speed and power at whatever stage in life. It’s known that naturally our vasopressin levels decline with age, so there’s a distinct benefit to keeping the levels up and our minds sharp now, which will pay dividends in increased mental clarity later.

Working to regulate how much fluid and therefore salts we retain, when vasopressin is released, the kidneys react to conserve water, and concentrate the urine. This is a process that usually occurs when we’re dehydrated, so we can optimise the levels of existing fluid in our body.

As well as the signalling mechanism vasopressin exerts on the kidneys and our fluid retention levels; it’s also known to act as a vasoconstrictor. This means that the muscular walls of our blood vessel’s contract and are made narrower, just as when we feel cold and blood is channelled to vital places in the body.

Vasopressin is also a nootropic supplement -it belongs to a branch of medicines and supplements that help cognitive ability. This is what’s caught the attention of doctors and those wishing to attain better memory and quicker recall. Vasopressin nasal spray gets to work quickly -by being easily absorbed by the membrane in the nostril. A spray into each nostril 15 minutes before an important meeting or at any time when enhanced recall is required will see marked effects in formation of memories and accurate recollection when needed at a later date.

As well as the enhanced cognitive ability, it’s important to use vasopressin in the right quantities, so check the label for frequency and for potential contraindications with other medicines or conditions. Generally, side effects like headaches or nausea are seldom experienced. However, as a general rule, it’s advised not to take the supplement before heavy exercise, swimming, or when intending to drink lots of fluids, i.e. alcohol. As it affects the arteries and is a vasoconstrictor, it should be avoided if you suffer from cardiovascular problems. Vasopressin nasal spray is derived from porcine origins, so there’s a closer synthesis with own hormone production. As with any medicine, it’s necessary to talk to your doctor before beginning any course of treatment.

Vasopressin is sometimes prescribed for those suffering from amnesia, Alzheimer’s disease, or depression, and studies show that in age-related examples of memory loss, it improves memory and mood. Another benefit of vasopressin that has recently been discovered is that’s useful for promoting ‘slow wave sleep’. This is when our resting cycle works at its best, regenerating cells and repairing tissue. Vasopressin has also been known to increase production of HGH, the human growth hormone -vital for restorative cell processes.

Get up to speed with vasopressin nasal spray

Using the supplement in a nasal spray form means it’s easy to get the benefits handily and quickly. Its memory and imprinting power is highly useful for keeping one step ahead in today’s busy world. By virtue of where it works in the brain, we’re able to improve the efficiency at which our mind can form and hold onto memories now and in the future.